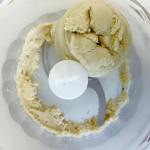 It’s time to fire up your food processor!  I’ll take you through the process of making your very own raw cashew butter at home.  I learned so much from The Healthy Foodie in her post All Natural Homemade Raw Cashew Nut Butter, and I can’t wait to share it with you!

Here’s another example (I’ve lost track of how many times this has happened to me) of me not having exactly the required ingredients on hand to make the recipe of my choosing.  And I always seem to find these things out mid-recipe.  You’d think that with my extensive baking experience that I wouldn’t be caught flat-footed so often.  But it’s not so much that I don’t know what I have on hand, it’s moreso that I’m not always clear on how much I have on hand.  Especially opaque containers.  I’ll remember seeing the container, but I won’t know exactly how much is left in it.  Does that ever happen to you?  What’s the weirdest or most random ingredient you’ve found yourself asking of a neighbour?

This time around, the recipe in question was The Detoxinista’s Cashew Butter Cookies (Paleo, Vegan).  I knew from making Ambitious Kitchen’s Healthy 5-ingredient Cake Batter Freezer Fudge the night before that I did NOT have a full jar of cashew butter in the cupboard (4 ingredients in my case, because I didn’t have any rainbow sprinkles on hand…wait a second…IT WAS A PLANNED OMISSION, PEOPLE!  I didn’t want to pollute my rich, creamy cashew-coconut freezer fudge with ANY sprinkles, even if I had had some on hand – SO THERE!).  The Detoxinista recipe called for a full jar of cashew butter but that’s an awful lot of expensive, imported* (thanks, iHerb!) Artisana Raw Cashew Butter* to use in an as-yet-untested recipe (I should point out that I mean untested BY ME – The Detoxinista recipes are extensively tested by Megan, The Detoxinista herself, before she posts them and they almost always turn out beautifully – any failures have been due to a flaw in MY equipment or execution).  So I figured I could halve the recipe (handy that it calls for two eggs, and other easily-divisible-by-two measurements – the 3/4 cup of coconut sugar threw me for a loop, but I found the recipe on the sweet side so next time I would only use 1/4 cup for half the recipe or 1/2 cup for the full recipe.  Or maybe I’ll go low-carb and use some granulated erythritol and go for the full 3/4 cup since apparently it’s only about 70% as sweet as sugar – I think that math sorta works out?).  But it turned out that I had more like 1/4 jar of cashew butter, not 1/2 jar (I could have sworn there was more in it the night before – maybe I snuck a few night-eating spoonfuls!).

So, with my 1/4 jar of cashew butter in the mixing bowl and all of the other ingredients at the ready, I set about making my own raw cashew butter (yes, I did have a nice big tub of raw cashews in the cupboard).  The Healthy Foodie post told me everything I needed to know, complete with beautiful photographs of all of the steps and stages along the way.  I’m so glad that she warned about the stage where there is just a big doughy ball of cashews whirling about in the food processor, and encouraged patience and perseverance to get to the next stages.  I definitely DID have to let my mini food processor take several breaks to let the motor cool down, but it stood up to the task!  It also turns out that intermittent food processing is an activity that is a big hit with the four-year-old set (“Let ME press the button, Mommy!”), as is eating the resultant cashew butter cookies.

What is it? Flying? Breathing underwater? Invisibility? Super strength?
It’s about to get serious #liftingbelt #crossfit #olympicweightlifting #powerlifting
Who’s watching you? 👀 Do you have kids? Ever notice how they will say things you didn’t realize they had (or wished they hadn’t) overhead? 🙊 Well, since actions speak loader than words, what behaviours are your kids seeing and learning to mimic from you? Has your daughter ever seen you pinch a stomach roll in the mirror? Suck in your tummy? Look at an outfit and sigh heavily and change to something else? Have your kids ever eat seen you eat salads Monday to Friday, then spend the weekend stealing their French fries and ordering extra large pizzas? Do they think healthful eating is an off/on behaviour that must be done perfectly or not at all? What do YOU believe, and what do your actions show? What lessons are you teaching? 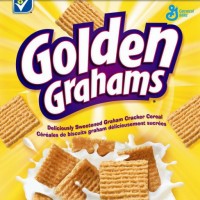 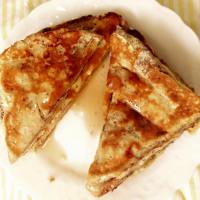 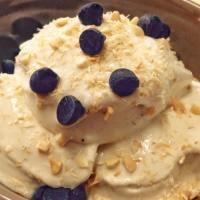